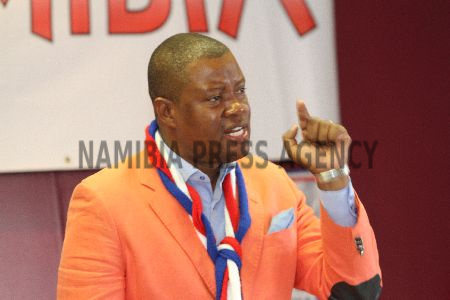 WINDHOEK, 20 NOV (NAMPA)  The DTA of Namibia is appalled that the Namibian government is allegedly considering plans to allow the construction of a Chinese naval base at the port of Walvis Bay.
DTA president McHenry Venaani said in a media statement issued on Thursday that his party finds the notion of a foreign military base on Namibian soil incomprehensible, considering Namibias bitter history of colonialism and the legacy of foreign military presence in Namibia.
His comments follow a recent exposé by T ...

Swapo and LPM win two seats each in Aroab council

Elections re-run kicks off on high note at Koës