Namibians should unite if they want to win genocide fight, Schlettwein says

Namibians should unite if they want to win genocide fight, Schlettwein says 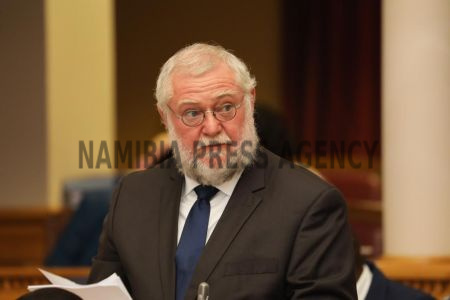 WINDHOEK, 14 OCT (NAMPA)  Minister of Agriculture, Water and Land Reform Calle Schlettwein has called on Namibians to unite if they want to succeed in getting the German government to deliver what is needed, including an apology and appropriate reparations for the genocide.
Schlettwein said this in the National Assembly (NA) on Tuesday while adding his voice to the protracted genocide debate.
He said the outcome of the genocide debate may change the way Namibians relate to each other, adding that he has o ...